Teachers 2022
These are the following teachers who have been invited for the Danish Open Bellydance festival 2022. Please visit our workshop page for full information on workshops topics and timetable. Also vist our competition page with information on who will judge the competitions.

Kathreen Derouet from Czech Republic will be joining us at Danish Open Bellydance for the third time in 20221 as our Intensive Course Teacher! Kathreen is one of the most popular oriental dance artists in the Czech Republic and a beloved teacher and choreographer. Her elegant and emotional dance style has fascinated dancers all over the world and she has been travelling the globe for more than 20 years. Her students adore her way of teaching, which is full of important details, expressions, feelings and connections between body and soul.

She has won numerous international competitions and she has been an art director of LET’S DANCE PRAGUE INTERNATIONAL FESTIVAL since 2012. She has performed in Jillina’s project BELLYDANCE EVOLUTION and is a (HE)ART BELLYDANCE founder and the author of the unique feature fairy tale performance DREAMS COME TRUE.

Kathreen will be besides teaching our intensive be judging our competitions. You can also look forward to enjoying Kathreen on stage in the Gala show on Friday. 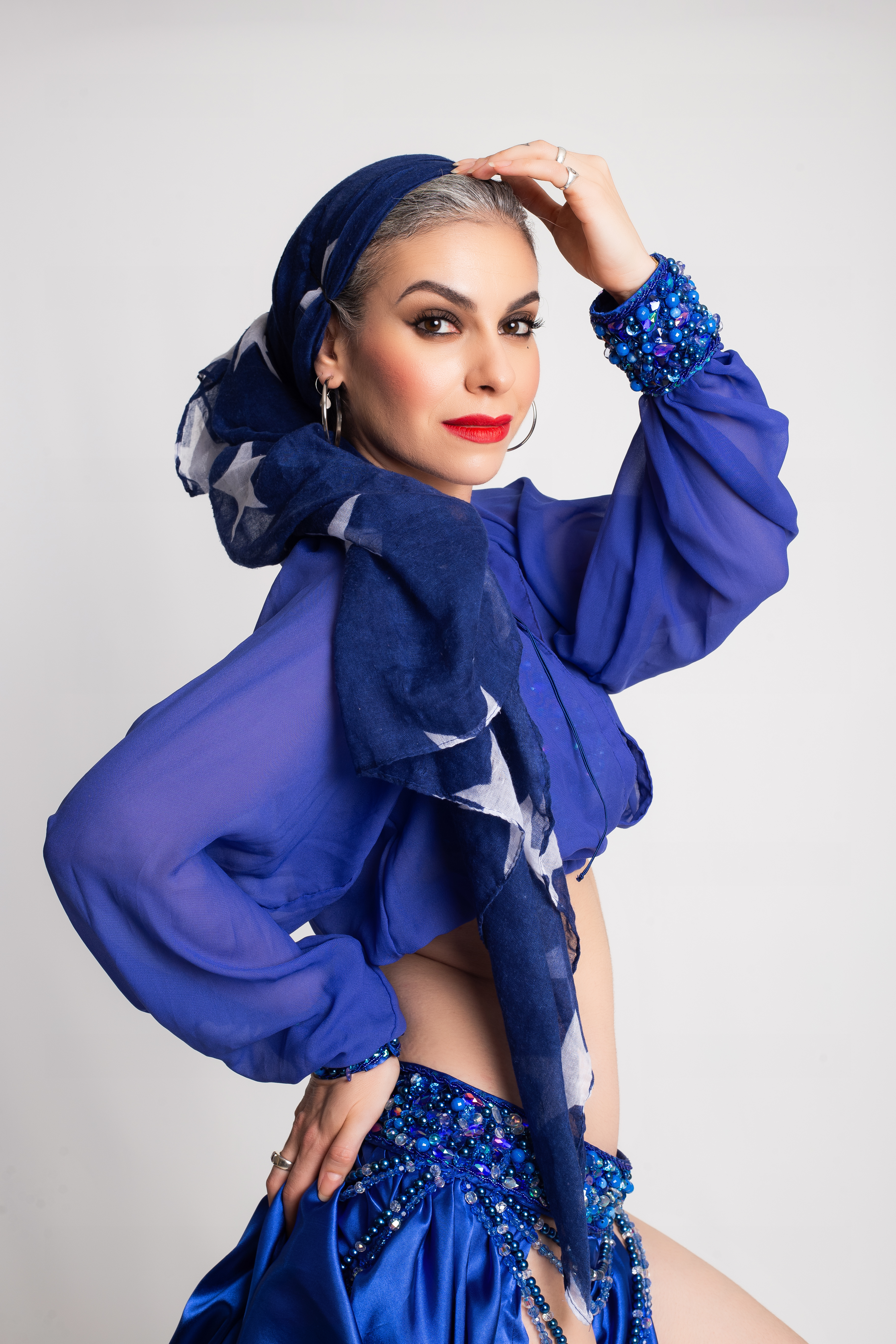 Esmeralda Colabone from Brazil is BACK!  With 30 years dedicated to dance, Esmeralda Colabone is one of the biggest names on the Arabic dance scene today!  Esmeralda was the youngest dancer to join the cast of La Maison de L’Artiste from Lebanon and for 12 years, she danced in the best hotels in North Africa and the Middle East.

These years of living the “arab life” made her unique and today, she’s a master teacher, soloist and choreographer in 32 countries! Esmeralda will be joining us at Danish Open Bellydance for the second time. She will both judge competitions, teach three workshops and perform in the Gala show. 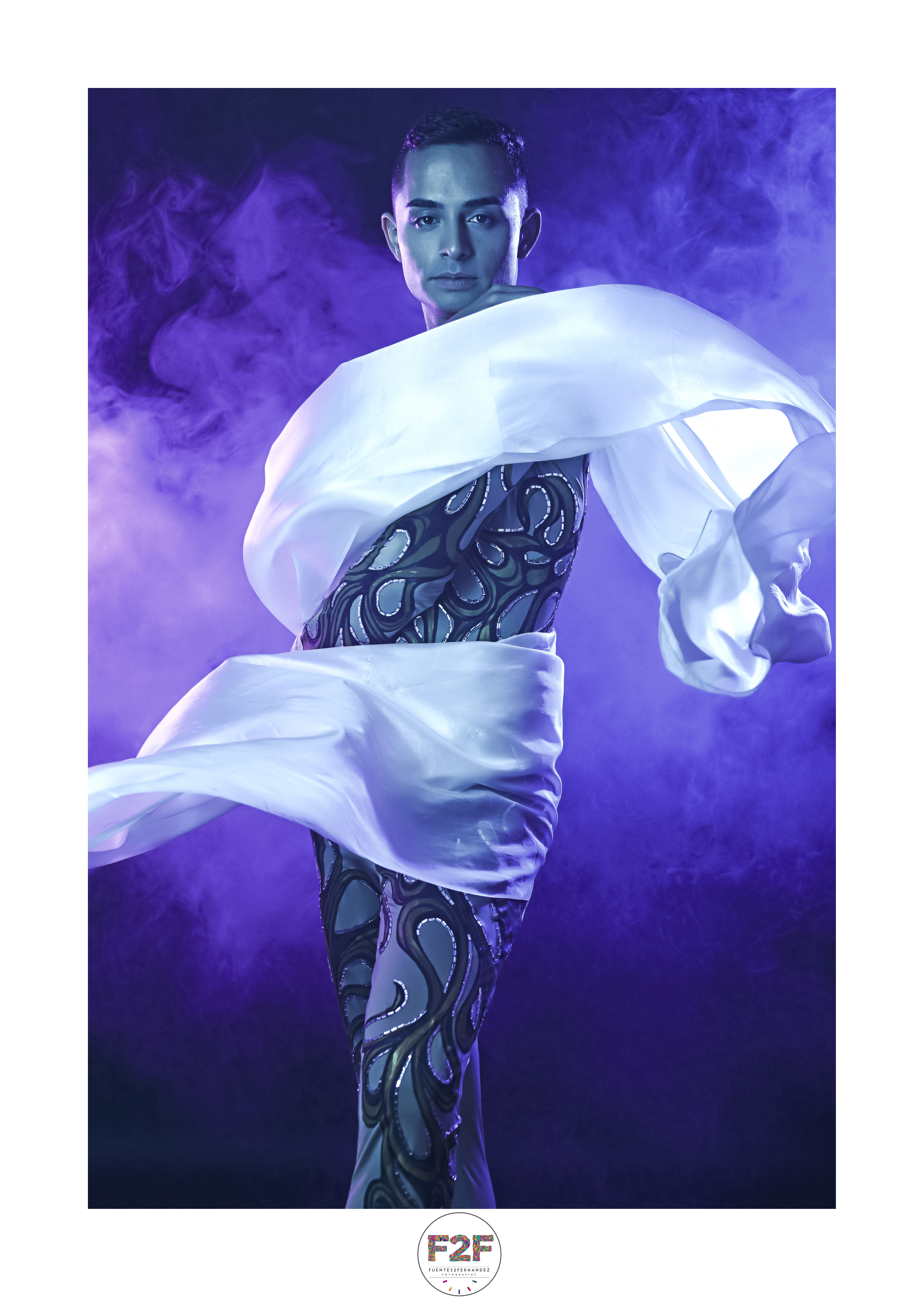 David Abraham from Argentina is an amazing dancer, choreographer and lecturer. He will be back for the second time at our festival. David graduated from the Arabian Dance School (ADS) run by Master Amir Thaleb in 2011.

David exudes an exceptional level of charisma and personality. He is the creator of a unique, innovative, bold and edgy style and knows how to captivate and dazzle the audience with his impeccable traditional technique. His oriental art is sublime and masterful, his Debke technique has the power to fascinate and enchant everyone.

At the age of 25, he has managed to carve out a prestigious and unblemished career; travelling all around the country giving seminars. He is the winner of more than 20 gold medals in various competitions.

He has also visited and shared his teachings in several cities in Argentina, and also abroad on many continents.

Maizena from Denmark has from a very early age Maizena explored many different dance styles and stumbled over Oriental Dance in the early nineties. Shortly thereafter she lost her heart to the style, music, and the many possibilities to express and explore within the Oriental Dance.

To evolve and grow as a dancer she has attended workshops with various international dancers and in 2008 she also completed the CATT program for teachers in Oriental Dance. She is also a member of the multi-European CATT Company based in Berlin, Germany.

Maizena runs “Danmarks Mavedanserskole” studio in Rødovre/Copenhagen offering weekly classes in Oriental Dance on many levels as well as the dance fitness concept “Jallabina”. Furthermore, she is organizing the annual Summer Intensive in June and shorter workshops throughout the year presenting both national and international teachers.

Maizena has participated at the Danish Open Bellydance since the beginning in 2012 with her best results being three first places in the Grand Diva category in 2012, 2013, and 2016 and have won the group competition three timeswith her group Jumanah Bellydancers in 2013, 2014, and 2018.

Margarita Kamjaka from Latvia has been dancing since the age of five and has a strong background in classical ballet. In 2002 she discovered belly dance and has been charmed ever since. She attended and finished numerous dance education programs including the classes of leading Egyptian master-teachers.

Margarita is  a  winner of multiple Belly Dance competitions all round the world.

Margarita has performed with Bellydance Evolution all over Europe, United States and Asia. In 2015 Margarita was performing one of the lead roles – Cheshire cat in Rome, Italy, and also Queen of the Hearts role in Marrakesh, Morocco and 2,5 month long tour in China. Since 2016 she became Bellydance Evolution lead soloist dancer in new show “The stories of the Scheherazade”.
Margarita is one of the most celebrated dancers and teachers in Latvia known for her flawless technique and elegant style.

Dud Muurmand from Denmark is one of the Danish dance pioneers within all things tribal, theatrical and fusion style! She has been teaching and performing professionally since 1995 – working artistically with many different styles of both traditional oriental dances as well as fusion:  Skirt Fusion, American Tribal Style®, Tribal Fusion, Burlesque/Cabaret fusion and Theatrical dance.

Before dance, there was theater and drama – from a young age, Dud’s interest in the theater lead her through acting classes, theatre schools and cabaret productions. This interest has followed into her dance and have formed her artistic expression significantly. Today, Dud is active in both the alternative/queer cabaret world in Copenhagen as well as the dance community.

Dud is also the troupe director of the Danish fusion groups: “Tribe of Gaia” as well as “Asynja Tribal” – both groups have been performing at DOBD!

She is since 2004 also the chairwoman of Tribaldance Denmark, organizing events like “DARK Weekend CPH”  and  “TRIBAL CAFÉ CPH”. Dud teaches regularly in Copenhagen, gives workshops both in Denmark and internationally as well as offering her own extensive program of online classes on Patreon.

Rachel Reynolds from USA/Italy is both dancer and actress. She has danced professionally in Los Angeles for the past 13 years, including touring with Jillina’s Bellydance Evolution since 2014 in ensemble and solo roles. She was an assistant contributing choreographer to the show “Fantasm” and to the newest production of “The Jungle Book”.

In 2018, she performed with Mario Kirlis’s band in Argentina at the opening gala show of Tucuman Bellydance Festival, and was also invited by Egyptian master teacher Ahmed Refaat to represent Italy at the World Competition “Jin Xiu Cup” in Yinchuan, China.

She has taught workshops in both Europe and USA – her fondest memory was being invited to teach her signature Fan Voi workshop in Costa Rica for Expo Bellydance 2016. She is an accomplished fusion dancer, winning fusion competitions in Denmark (Danish Open 2019), Poland, Ireland, France, and Germany.

Aside from dance, Rachel is a black belt in Wushu/Kung Fu and has worked as a fight choreographer in movies in Hollywood. She is also a professional figure skater, toured the US with “Holiday Ice Spectacular” and has won the U.S. Adult National Championship in 2017. She holds a Diploma in Flute from the Colburn School of Music of Los Angeles and has recently started studying tabla.

Noura from Denmark is a well-known dancer and teacher in Denmark – a dancer with her own style and a love for live music and improvisation. She has taught students in oriental dance and percussion for over 15 years. She loves the variation which the oriental dance offers and believes she will never stop learning new things about the dance.

We have had the honour of enjoying Noura on the Danish Open Bellydance gala show stage many times both as a soloist, in duets and with troupes. In the last couble of years we have been able to enjoy her so called Project X with dancers from all over Denmark in our Taste of the Orient show.

This year, she will give a workshop at the festival and experience a new project with dancers from all over. Together with Merrild, Noura has been organizing Danish Open Bellydance festival since 2012.

Bilal Irshed from Palestine is a composer and oud virtuoso living in Denmark, where he is widely recognized as one of the finest interpreters of classical Middle Eastern music.

Bilal has released several albums both contaning modern original and traditional music, mainly from the Arab world,  skillfully demonstration the spirit, but also the variety, within Middel Eastern music.

Bilal Irshed will be our band leader for our band playing for the dancers who participate on our professionel competition category “Soloist live”.

This year you will besides Bilal Irshed on oud see XXXX (to be updated :-))

Bilal will also give a workshop at the festival.

Khader Ahmad from Germany/Lebanon will be joining us at Danish Open Bellydance for the third time and will be playing live music in the competition ‘Tabla Solo Live’. He will give a workshop with Jillina Carlano and you can also look forward to enjoying Khader on stage at the Gala show.

Khader Ahmad was born in Lebanon, but raised in Berlin, Germany. He has worked with many famous oriental dancers and musicians and his clear and brilliant way of playing along with a unique sensibility have made him a highly sought-after percussionist. He has worked with popular Arabic singers and musicians such as Ahmed Adaweya, Mohammed Mounir, Cheb Khaled and the legend Magdy Al Husseini. In 2012, he founded the band “RAQSA”, specializing in Oriental dance music. In 2014, he started a project named “DUM TAK Revolution” with Felix Neumann, which combines traditional Arabic music with modern electronic pop, shaabi and belly dance. The project based in Berlin first released the “DUM TAK Revolution Vol.1” featuring Alla Kushnir and in collaboration with Jillina. Since then, the second album “DUM TAK Revolution Vol.2” has also been released. The third album “DUM TAK Revolution Vol.3” in collaboration with Sadie was released in June 2016. in 2017, Khader started a new music project named “Oriental Beats”.